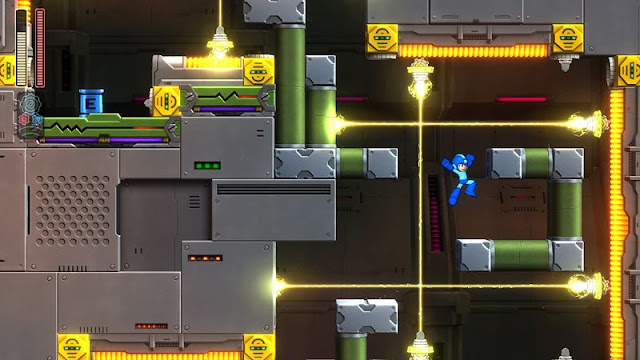 Block Man isn't the only playable Mega Man 11 stage at E3. After the jump below, check out several minutes of live, off-screen footage of Fuse Man's stage. We don't get to see the actual fight against Fuse Man, though there's quite a bit of new, never-before-seen stuff here.


As a reminder, there is a second official Mega Man 11 live stream tomorrow on Capcom USA's official Twitch (12:00pm PST). Perhaps they'll play through all of Fuse Man's stage?
Posted by Protodude at 9:13 PM