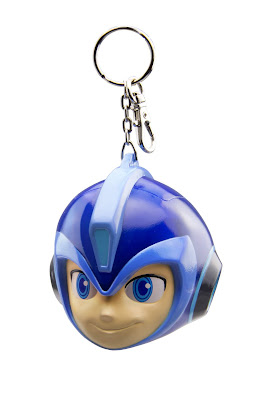 Today, Toynami announced their full lineup of San Diego Comic-Con 2018 exclusive collectibles, which includes our very first piece of Mega Man: Fully Charged merchandise. Behold – a Mega Man/Aki Light clip-on, keychain thing! It'll set you back $12.99. No word on just how big or small this guy is, but at that price? Phew. You can pick it up at Toynami's booth (#3229) in a few weeks.

The fact that this will be at SDCC gives further credence that Fully Charged will be at the con in some capacity. In fact, I've been informed by two animators working on the show that we could be seeing something even sooner. I'll keep an ear to the ground but, yeah; it really sounds like we're getting an official reveal in July.