Looks Like Rockman EXE 4.5 is Headed to the Wii U Virtual Console 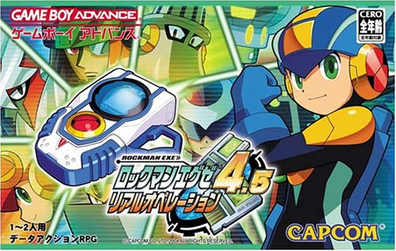 EXE 6 was pretty much a given at this point. But EXE 4.5? That's a surprise. For the uninitiated, 4.5 is a spin-off where players can control various Net Navis. The game could interface with the Battle Chip Gate accessory to use real-life toy Battle Chips. The device is not required to play the game, but it's a huge part of its appeal. You could say 4.5 was an early pioneer of the toys-to-life genre.

We don't know when it's coming out nor if it will leave the Japanese storefront. We'll keep you posted nonetheless.

Source: Wii U Daily
Posted by Protodude at 2:51 PM