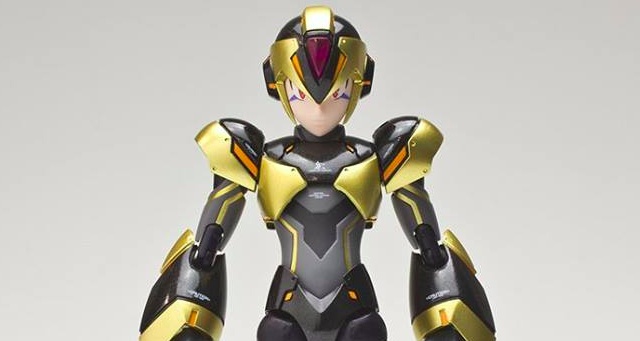 TruForce's Collectibles' X-Kai Mega Man X is indeed a fine looking figure. But who is he? What's his relationship to Mega Man X and the X-Hunters? Wonder no longer...

By way of the Reploid Research Lavatory, here's a transcript of X-Kai's bio listed on the back of the figure's package: 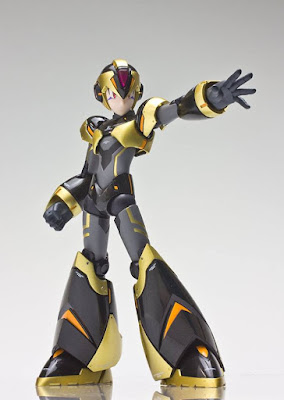 Leader of the X-Hunters.
Long ago when Dr. Wily stole Mega Man’s blueprint from Dr. Light, a prototype was built. However, with the development of Zero moving forward, this prototype was discarded and forgotten. During the formation of the X-Hunters, the robot was discovered and completed by a mysterious man. Unlike the original blueprint, it was given much higher specs than that of Mega Man X, using state-of-the-art technology.
(At this time, it is assumed there will be no armor evolution as seen in Mega Man X)


■ DESIGNER COMMENTS
This concept came from the episode listed in MEGA MAN X OFFICIAL COMPLETE WORKS – There were originally four characters in the X-Hunters, however, one character had to be cut out due to ROM capacity.

It still amazes me that CAPCOM did not bring out a villain that looks exactly like Mega Man X. His armor crest has also been switched to Sigma.

You know, TruForce could have just as easily sold this is a variant with no exposition at all. Instead, X-Kai actually has more of a backstory than other canonical X series characters.It really shows how invested in the brand their working with.

If you'd like to learn more about how X-Kai fits into the big picture, check out #20's in-depth analysis here. It's pretty great!
Posted by Protodude at 1:50 PM