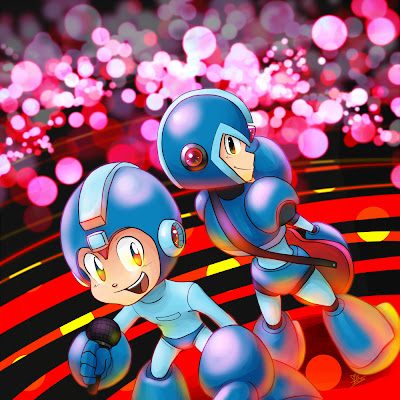 Featured artists include Mega Ran, The Megas, Arm Cannon, The Bit Brigade, and X-Hunters. The Protomen will also be contributing, donating three tracks to the album, including the previously unreleased "Built To Last." You can check out the complete track list at Capcom Unity and 30 second samples of each track at Sumthing.com

MM25: Mega Man Rocks will be available for purchase from iTunes, Amazon.com, and Sumthing Else Music Works' website on October 29. Look forward to it!
Posted by Protodude at 9:41 PM