This is the Rockman X Sound Box 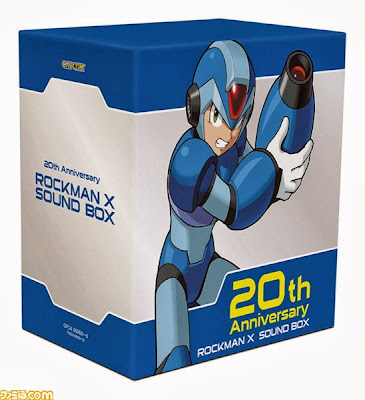 Famitsu has gotten a hold of the first image of the upcoming "Rockman X Sound Box", which houses 450 tracks of X series music on 12 discs. What's more, the set will include a booklet of liner notes from numerous Rockman contributors, such as Yoshihiro Iwamoto, Hitoshi Ariga, Ucchy san, Shin'ya Okada, and more. Special commemorative artwork from Hitoshi Ariga and Yoshihiro Iwamoto will also be included.

Thanks for the tip, Terry!
Posted by Protodude at 8:27 AM