Mighty No. 9 Coming to 3DS and Vita + New Stretch Goals 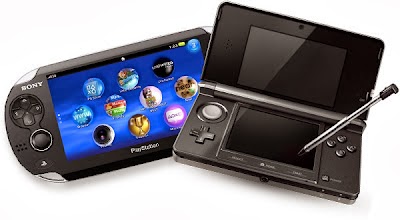 Great news for all of these who have wanted to play Mighty No. 9 on-the-go. The Kickstarter has just surpassed its stretch goal of $3.5 million, meaning the game will be made available digitally on Nintendo 3DS and PlayStation Vita. Abstraction Games will be in charge of the ports, the same developer that brought Hotline Miami to PS3 and Vita.

This is a goal many of us have wanted, and its great to finally see it achieved. Of course, we shouldn't call it a day just yet, because two new stretch goals were just revealed!

$3,800,000: OPTIONAL RETRO-STYLE CHIPTUNE SOUNDTRACK + FX! You’ve seen the names of the legendary musicians attached to this project: Manami Matsumae, Takeshi Tateishi, Ippo Yamada... It’s a veritable who’s who of veteran game composers. So we thought, why not tap into that retro vibe and cook up an optional chiptune version of the entire Mighty No. 9 game soundtrack, including classic sound effects? That’s right – we’ll remix the entire soundtrack, retro 8-bit-style, and the game’s sound effects, for you to listen to in-game as you play, as an option you can toggle on or off in the settings menu!

$4,000,000: ONLINE BATTLE RACE MODE!! The ultimate online competition! You and one friend compete online, racing to the end of the same single-player stages -- you can see your rival as a "ghost" image in your game, but you can't affect each other, save for any enemies you defeat being sent over to impede each others' progress! It's an all new twist on a versus mode, that will give Mighty No. 9 life well beyond the single-player campaign!


It's the final day, so pledge if you haven't already!
Posted by Protodude at 8:20 AM