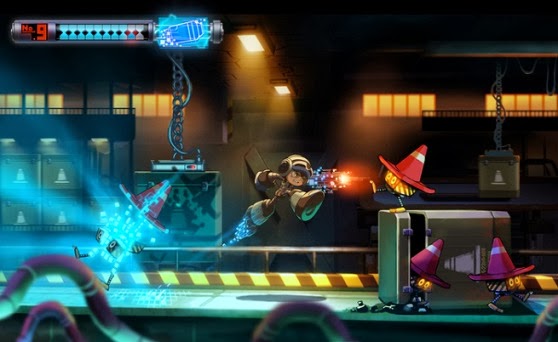 The new November issue of Game Informer magazine (#247) features an interview with none other than Keiji Inafune, as he addresses a few topics regarding Mighty No. 9. When ask about what he would do if Capcom proposed to publish the title, Inafune said "I would hear their terms. If they had the best terms, I would go with Capcom."

He adds, "There is no reason not to publish with Capcom, and I certainly don’t feel like there’s a reason that I have to publish with Capcom. Literally it would be a very cut-and-dried business negotiation. If they had the best terms, the logical businessman in me would say, “Yes, let’s go with them."


Game Informer then brought up another point of interest: would Inafune willingly reskin Mighty No. 9 as a Mega Man game as a result of that?

"If Capcom came up with really great terms to make it a Mega Man game, then of course I would listen and that would be an option. But the base of this game is that we wanted to create something original. If they gave us an offer we couldn’t refuse, that would mean having to change the main character into Mega Man. On top of that, it would still have to be our IP, which is what we want. I can’t foresee that happening. We really want this to be our thing."


Mind you, this is all hypothetical. However, Inafune is not simply a creator -- he's a business man. Should Capcom actually approach him with a deal -- the "best deal" -- I don't believe he would show much hesitation. Nevertheless, this is an interesting topic to think about. I mean, how would you feel if Mighty No. 9 found itself in Capcom's hands? Would you accept the title as a reconstituted Mega Man game?