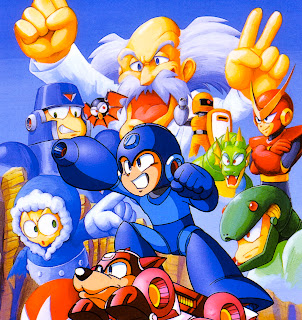 Yes, Mega Man: The Wily Wars is still coming preloaded on SEGA's Ultimate Portable Game Player. Now worries there. However, for those of you wondering if the game would be included on the portable's home console counterpart, the "new" Sega Genesis Classic Game Console, well, I've got some not-so-great news.

AtGames’ website uploaded a PDF version of the console's user manual which also includes the complete list of games included. There's no Wily Wars. Kind of a bummer, but there is some good news: you can hook up the portable system to your TV. It's been confirmed to support video-out via an AV cable (sold separately, mind you).

So all in all, if you've been on the fence about which system to get, you're better off with the portable. It's got The Wily Wars. First time you can buy it in the U.S legitimately since good 'ol 1995. The Ultimate Portable Game Player will set you back $60-- on sale now.
Posted by Protodude at 4:41 PM