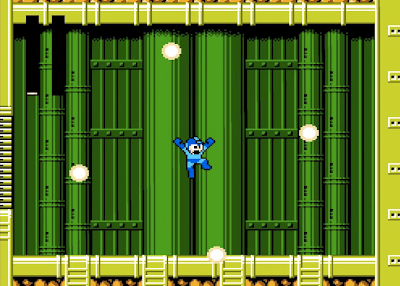 No, it's nowhere near as significant as Dr. Wily's "planned" cameo, but it's a reference none the less.

Television Tropes' list of Wreck-It Ralph video game references notes "the sound effect that plays when Felix gets a pie is the same sound effect used when Mega Man gets an enemy ability from Mega Man 3 onwards." In case you need a reminder, the SFX sounds a bit like this.

So yeah, that's the only Mega Man reference. A little disappointing, sure, but the movie is still reportedly an entertaining flick, with or without the Blue Bomber (and Wily).

If you'd prefer to spoil all of the movie's video game references, head on over to TV Tropes for the full list! (thanks for the heads up, Tabby!)
Posted by Protodude at 12:45 PM