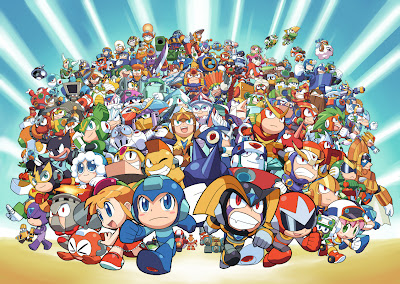 Nintendo Power: What does the future hold for Mega Man?

Christian Svensson: I can say with certainty that you've not seen the last of the Blue Bomber on consoles and handhelds, and, with luck, we'll be celebrating his 50th anniversary, including all of the games you're going to enjoy over the next 25 years. That said, an issue we've had in the past has been talking about games and announcing them before we're certain they're going to come out, which unfortunately has lead to profound disappointment for many fans. So for now, I'm going to have to stay mum about any details.


Hey, I'm perfectly content with being patient... so long as the product is top-notch. That said, perhaps we'll be hearing some about these developments sometime over the course of the 25th anniversary celebration (which lasts throughout 2013). Keep those fingers and toes crossed!

For the full interview, grab Nintendo Power issue 284 from your local newsstand!