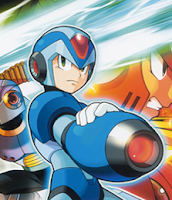 Even after its release, rumors of Mega Man's inclusion in Marvel Vs. Capcom 3 simply won't die. And so, here we are again but before you write this one off from the post title alone, take heart this tidbit has a pretty decent credence

Word has it that Mega Man X, among the likes of a handful of other  Capcom and Marvel characters, will be included as future DLC -- this according to none other than Lupinko, the very individual who accurately leaked the complete on-disc roster in the fall.

Doc Oc, Phoenix Wright, Frank, and Juggernaut are said to be officially revealed at Captivate next week, and a new court room stage will coincide with their release. It would appear that Capcom also intends on offering new stages as well.

While most of this sounds too good to be true, name of Lupinko alone is enough to offer some hope -- still, April 1st is just around the corner, so...

We'll see how this plays out, but, as per usual, take these rumors with a grain of salt.