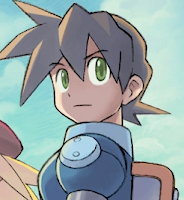 Recently, the Mega Man Legends 3 staff have been very vocal on their quest to get the game green-lit, keying fans in on the trials and tribulations of the process. The "out-of-the-blue" nature of these posts, a general feeling of uncertainty about the game's future from the staff, took many by surprise as we were certain Legends 3 was a sure fire thing. This, however, isn't necessarily the case.

In an interview with Siliconera, Capcom USA's Seth Killian provided some insight behind these recent developments:

"It’s been really cool, but it’s been kind of scary in a lot of ways also. Just recently we had a post where the team talked about how the game hasn’t been greenlit," says Killian.  "They were saying like ‘well, we got an extension, so we’re going to keep working on the game.’ Does this mean it’s actually going to be made? Not 100% and that’s true. It’s kind of weird because we were talking about it internally and maybe we shouldn’t say that. It’s sort of a weird message or maybe it will upset some people. And it did actually upset some people."

"But, the team really does has this idea that they want to share things with people for real. And they did. There is a chance that we won’t see the game for real, but we are all crossing our fingers. That’s the real story of game development, they get canceled all the time."

I wholeheartedly believe if there was even the slightest doubt that things wouldn't turn out okay, Capcom would immediately cease all Devroom operations -- they haven't. And, hey, let's not forget the playable demo hitting Japan at the end of the month; if things were truly bleak, a highly publicized demo wouldn't be happening.

Still, this is unsettling -- scary, almost, as this is a project many have been waited 10+ years for (myself included). To get our hopes up then suddenly drop it all just like that would be nothing short of unfortunate -- a tragedy. But what can we, the fans, do from behind our desks and monitors? Alas, we can raise our voices; encourage the development team, show Capcom we really want this to happen. A little fan-support can go a long way.