The Mega Man Network reports that Rockman Online, the Korean based MMO from NeoWiz Games and Capcom, will soon be entering a closed beta testing phase. An advertisement for beta testing is apparently being handed out, which features some spiffy new artwork. Check it out: 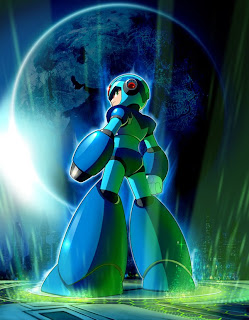 The source of this news, Korean based fan RockMaster, believes Rockman Online could be released as soon as this year with beta testing beginning shortly. Screens and videos of the game in action will likely surface around that time.

Hopefully, we'll be getting some more concrete info on the beta (and how to participate) soon. Till then, please do admire the lovely new teaser image!
Posted by Protodude at 7:19 PM