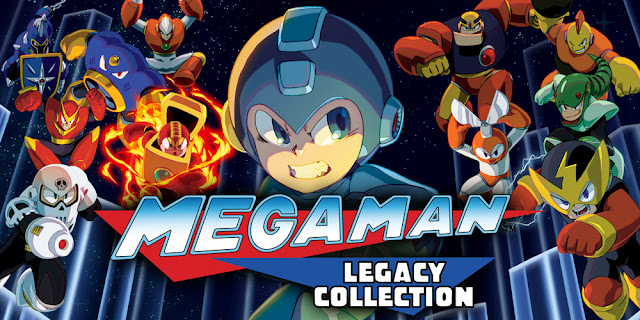 During a discussion with the Achievement Oriented podcast, Mega Man Legacy Collection producer and director Frank Cifaldi says his company Digital Eclipse are working on a new Capcom game compilation. What's more, it could be announced relatively soon.

Between the 31:30 and 32:00 mark Cifaldi says, "I shipped a collection called Mega Man Legacy Collection the year before last (it's been a while), and we've got another one coming out soon that they're gonna announce any day now. I don't know when - I wish I could talk about it but it's really cool."

Unfortunately, it's difficult to say if the product is related to Mega Man or not. I think there's some viability that it could be, though. This year is franchise's 30th anniversary, after all, and we're just now starting to see some commemorative goods for the occasion. It's an exciting prospect and the possibilities are indeed bountiful, but there is no guarantee it's Mega Man.

If it is a new Mega Man collection, you'll see a new post on this blog. If not, I'll update this post as more information becomes available. Thanks to Sean "Nz17" Robinson for the tip!