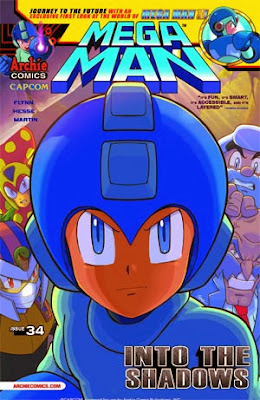 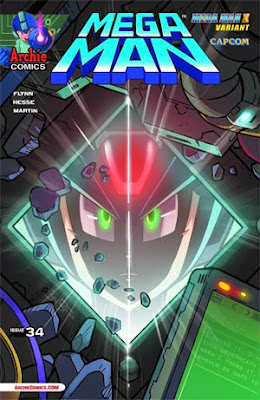 The new solicitation and cover for Archie's Mega Man #34 is now available, and it looks to be a doozy! As promised, this is the issue that kicks off the first Mega Man X backup story. Read on:

This is it! The issue every Mega-fan has been demanding! The debut of Mega Man X! But first, in 'Shadow of the Moon' Part One: Mega Man joins a research team seeking the truth behind Dr. Wily and Ra Moon. But how far will they get when Shadow Man goes on the attack?


First I've heard of this "next big mega-crossover." Could it be? A Mega Man/Mega Man X crossover? I suppose we'll have to wait and find out. Stay tuned!

Source: BumbleKing Comics (thanks, Eric!)
Posted by Protodude at 12:03 PM