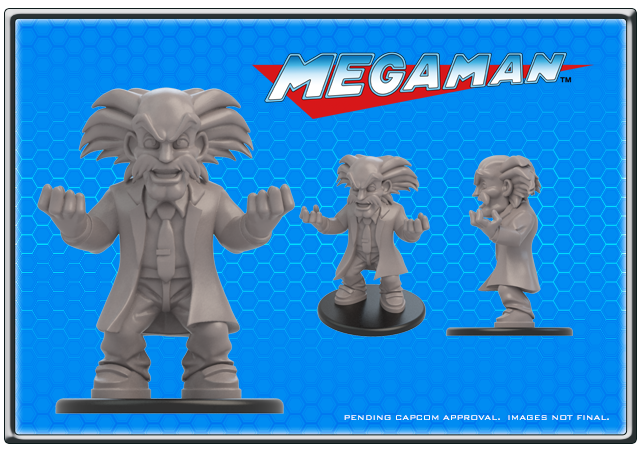 As we await the launch of the Mega Man Board Game Kickstarter, Jasco has released another glimpse of what additional funding can provide. Following the previously revealed Proto Man, Mega Man and Cut Man figures, Dr. Wily's figure has come to light. Lab coat, hair, 'stache... he's got it all.

The Kickstarter, which is not for funding the actual game, but raising money for additional components and features, is slated to launch as soon as Capcom gives it the go ahead. For more details, hit up the official Facebook and Twitter. Stay tuned!

Source: Mega Man The Board Game
Posted by Protodude at 11:54 AM