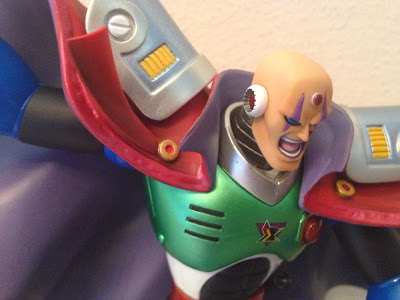 It's been a while since I've reviewed a Mega Man figure here on the blog, but I've recently managed to rectify that with the arrival of my very own Figuarts ZERO Sigma figure, courtesy of Bluefin and Tamashii Nations. 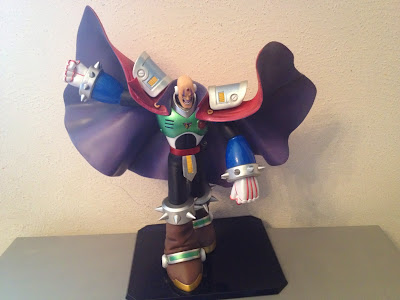 Unlike the Kotobukiya figures based on the Classic series, or Bandai's own D-Arts line, Sigma has zero points of articulation.  It's a full on statue, standing eight inches tall.  But what makes the Figuarts ZERO line appealing is the sheer amount of detail put into every groove.  Sigma is no exception.  Since there's no articulation, Sigma is ready for shelf display straight out of the box.  He does include a nice translucent blue stand which helps him stand.  Snap the pegs right into his feet and he's good to go. 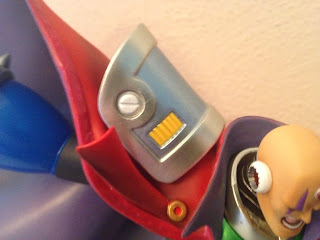 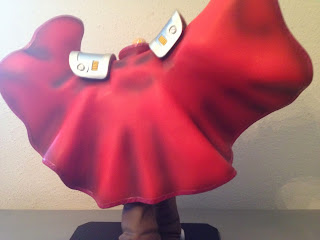 The sculpt is pure goodness.  Tamashii Nations has done a great job matching Sigma's likeness from the first Mega Man X.  The paint jobs boasts some nice metallics that really pop, particularly the shoulder guards and the eyes.  Flat paint is used on his arms and legs as a complement, looking very clean against the vibrant cape.  Turn Sigma around and you'll see some excellent shading on his cape that captures a range of wrinkles and folds.  Very realistic, might I say. 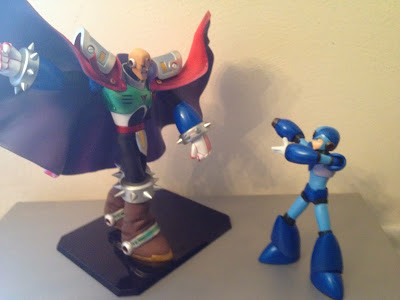 The statue's pose is meant to capture Sigma the moment he enters a battle.  The raised arm suggests he's flung his cape backwards, ready to draw his saber.  Promotional photos would have you believe he can hold a saber, but that's simply not the case.  In all, this is a statue designed as a showpiece and works particularly great alongside Mega Man X D-Arts figures.  It looks really cool when you pair Sigma up with a D-Arts; he just towers over them.

Now, while I do hope we'll get a fully articulated Sigma down the line, I still really appreciate what we got.  Simply put, Figuarts ZERO Sigma is great for what it is.  If you own Mega Man X D-arts, you owe it to yourself to add this guy to your collection.

FiguartsZERO Sigma is available now at a suggested retail price of $55.99, and a smidgen less at Amazon.

The sample for this review was provided by Bluefin Distribution.
Posted by Protodude at 2:57 PM