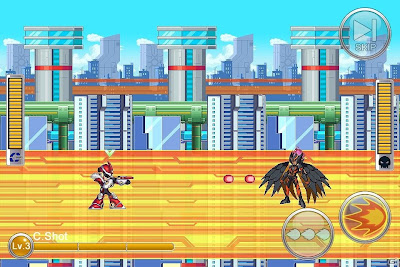 Hot on the heels of the server leak, Capcom is rolling out another Rockman Xover update. This one introduces players to the new World 9 stage, themed after Star Force 3. Boss-wise, you'll face off against the likes of Jack Corvus, Queen Virgo and Dread Joker.

Furthermore, the OVER-B armor has been confirmed. Unlike past armors, it's based off of a character (Proto Man.EXE) as opposed to an element or fighting style. OVER-B excels in brute force, boosting the player's attack.

For more details and images, hit up the folks at The Mega Man Network.
Posted by Protodude at 4:44 PM