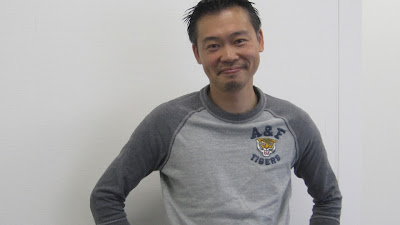 Former Capcom Producer Keiji Inafune, the man behind everything from Mega Man to Dead Rising, will be dropping by the Penny Arcade Expo later this month. Fans in attendance can see him on August 31st from 4:30pm to 5:30pm in the Kraken Theater. The event’s description is as follows:

Keiji Inafune: From 8-bit to Next-Gen, and Beyond
Celebrated as the “father of Mega Man,” but branded as an outspoken critic of the Japanese game industry, ex-Capcom honcho Keiji Inafune’s frank talk, controversial opinions, and – most of all – his games have made many fans (and maybe a few enemies) on both sides of the Pacific. Join us for an informal chat through Inafune’s 25 year career: where console gaming began, how it’s changed over the years, and what’s coming next – both for the industry and for Inafune himself.


The event will be livestreamed too, so if you can't make it to PAX, the magic of the internet is here to lend a hand. Isn't that nice?