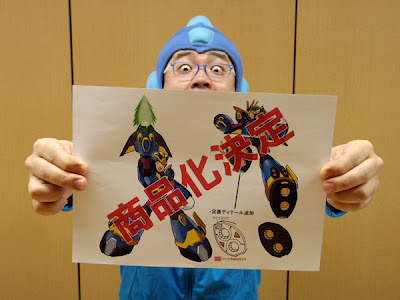 Well I lost a bet.

Hot on the heels of Rockman Unity's April Fool's joke, the next Bandai D-Arts has been confirmed: Ultimate Armor Rockman X. Further, Ucchy-san confirms Sigma will go into production as a Figuarts ZERO statue. He won't be articulated, but he'll probably end up being fairly big.

More info soon. Thanks, The Mega Man Network!
Posted by Protodude at 8:04 AM