In Case There Was Any Doubt, Xover is Still Headed Stateside 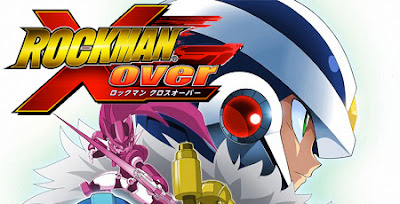 In spite of a decidedly negative reception to the game's Tokyo Game Show debut, Rockman Xover is still planned to hit North America. Over at Ask Capcom, Christian "Sven" Svensson denied speculation the game would no longer be localized simply because of criticism:

"We continue to send feedback to the mobile teams in Japan. As it stands now, to answer the OP's question, it is still coming Westward at some point."


That first sentence is interesting. Could feedback (i.e. complaints) dictate the direction the game takes from here on out? Hard to say, really. If Capcom wants it out before year's end, I doubt we'll see any major modifications. Some polish, maybe, but nothing earth-shatteringly different.

In any case, I find it a reassuring they've got their antennas out. And hey, we aren't the only ones feeling a little uncomfortable about Xover; Sven also holds some concerns too.

We'll just have to wait and see what happens I guess.

Source: Ask Capcom
Posted by Protodude at 12:01 AM