Rockman Will Be Here Forever 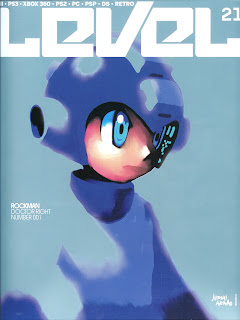 It's no mystery that Rockman isn't the cash cow he use to be. The past three years have been a troubling time to be a fan. With each game selling worse than the last, the looming fear of Rockman fading into retirement draws closer.

Regardless of what the numbers say, Capcom isn't ready to put the Blue Bomber down just yet.

Out of fear of the franchise's well being, I contacted a few of the higher ups at Capcom to hear what they had to say about Rockman's future

The first head honcho, "Nique" assured me that the franchise will NEVER be canceled. In fact, not a single day goes by without Capcom discussing how to return the franchise to its "roots." They plan on keeping the franchise perpetually alive.

Reassuring, right? It gets better. I was then redirected to CoJ's Yuji Itou, head of strategy and marketing. Itou san was extremely happy to hear that an American was concerned about the franchise's well being, and stated that Capcom is currently in the process of developing new strategies to "revive" the franchise.