The Tiers of Rockman Canonicity 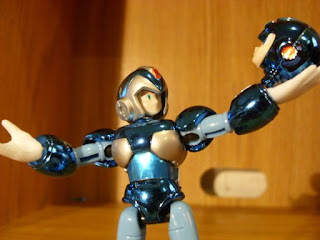 One of the big problems in the big wide world of the Rockman universe is the large amount of sources, some of which contradict one another. How do we determine what is considered truly canon, non canon and pure fanon?

With well over a hundred games, countless source books, drama tracks and manga, something has to be done in order to chronicle what is and what isn't canon.

I propose that as a fan community, we invent a simple and effective system to organize the Rockman lore to easily identify what is and what isn't canon, a la the infamous “Holocron” system.

An example of the system, grouped by “Tiers.”


-TIER 1: The Games Themselves
The core canon, what has been established within the games' continuities. TIER 1 is top priority and is used to evaluate statements made in the lesser TIERS.


-TIER 2: Official Supplemental Sources
Information established by official sources such as source books, drama tracks and views expressed by the franchise's contributors (EX: Inafune san) TIER 2 is when things get a little contradictory and must be evaluated if they do/don't retcon information already established in TIER 1.

Games such as Irregular Hunter X and Rockman Rockman fall into TIER 3 by default.


-TIER 4: Fanon (fan fiction, fan theories, fan comics)
The least reliable Tier. TIER 4 sources do not contribute to either of the first three tiers and thus should not be considered canonical. (EX: Cataclysm Theory)


This rule of thumb system can be implemented for use on forums and the likes to have more organized discussions and hopefully aid others when putting together Wiki articles. God knows how many times fanon has found it's way into the Wikis.
Posted by Protodude at 12:24 AM