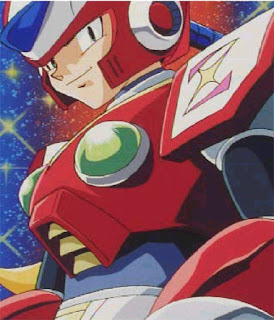 Some people just won't give it up. Regardless of the various pieces of evidence, many still insist to believe in the cataclysm theory.

Where is the common sense? The subject of a violent massacre is way too dark for the franchise's target demographic.

"Protoman stopped by to check-in on everyone at Light Labs again. As he entered the building he was met with a horrific sight. Auto was just sitting there on the floor... dead. The remains of Beat were shoved down his throat. Roll was still lying there next to him, totally fried."
-Anonymous fan ficiton


Lolz. Honestly, do you believe something like that could have happened? No.

For my final weapon against the theory, I give you an interesting remark straight out of R20

"The reason that Super Adventure Rockman gets shafted in these collection books is partially explained. Its subject matter was considered too dark for the younger children the game was intended to be marketed for. Inafune cites the scenes with the UN helicopters being destroyed as bending the previous policy towards not showing human beings coming into serious violence or dying in the original series (sure there's Wily, but his violence tends to be comical, plus he's the villain). Also, the scenes portraying Roll dying and the planet's destruction are thought to be too extreme for the younger audience. "

Posted by Protodude at 7:24 PM