Before the Final Showdown, Rockman X DiVE's ViA Reveals His True Form 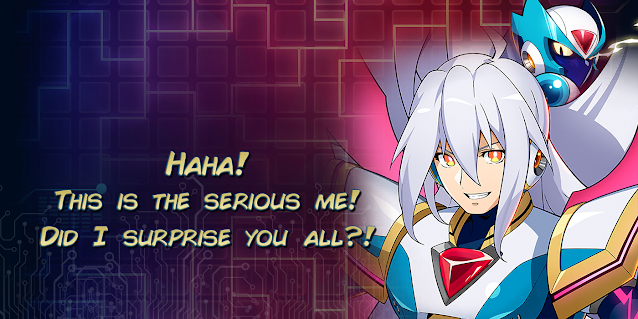 ViA has been a mystery since day one; scheming from the shadows and preparing "the player" for a final confrontation. And now, that time is almost upon us.

In a scene from the latest story mode chapters (Chapter 20-4 and 20-5), RiCO and "the player" managed to extract the Robot Destroy Program from ViA. This led to a battle against the "Last Irregular Data", i.e the Sigma Virus. ViA appears before them sporting a brand-new armor and a clearly visible face. He is battle-ready for the final confrontation...
... It remains to be seen if the release of 20-6 will mark the end of the current story arc or the story mode altogether.

The development team hasn't made an announcement yet when we can expect to go toe to toe with ViA one more time. However, considering there will be no maintenance next week and the current DiVE Armor Iris capsule ends on February 1st, it's safe to assume the last Story Mode chapter (and most likely a playable version of the new ViA) will drop on February 1st.

Let us now what you think of this new revelation in the comments!