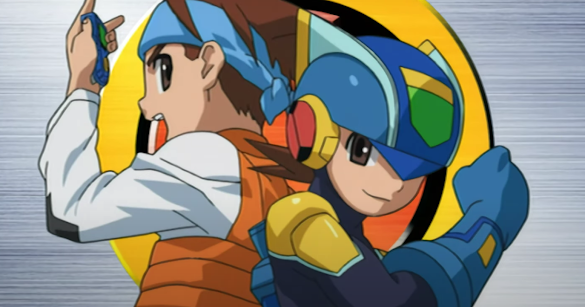 The first season of the Rockman EXE anime concluded its official YouTube run tonight with the release of its 56th and final episode. And sure enough, Capcom Japan has already confirmed the streaming date for the first episode of Rockman EXE Axess: January 25th.

As a reminder, all episodes of Axess and subsequent seasons will be available to stream from Capcom Japan's YouTube channel until May 31st. Meanwhile, despite previous confirmation, episodes of Mega Man NT Warrior have yet to be uploaded to Capcom US' YouTube or Twitch channels.

Hopefully there will be an update on that front soon. In the meantime, buckle up for Axess!

Posted by Protodude at 9:47 PM