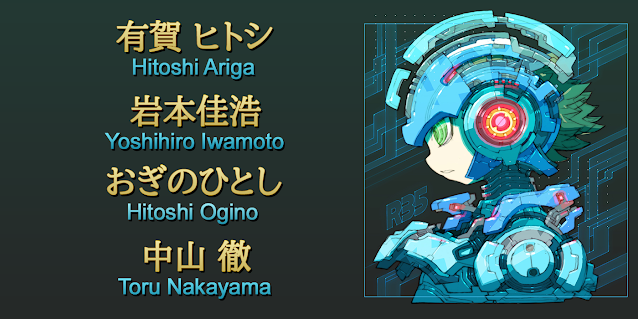 On December 17th, the classic series and the X series celebrated their 35th and 29th anniversaries respectively. Although Capcom didn't provide any announcement, we were treated to commemorative artwork shared on Twitter by some of the franchise's most well-known official artists.

Check 'em out after the break! 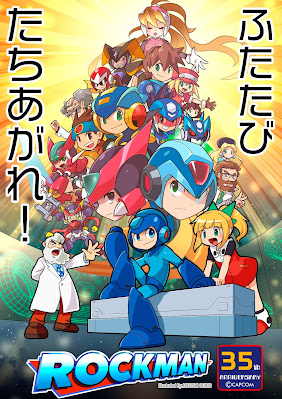 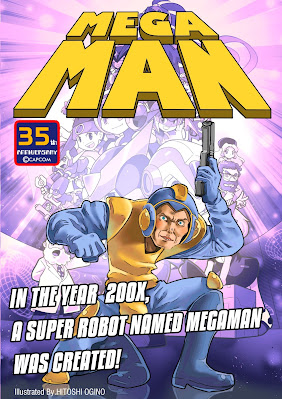 First we have Hitoshi Ogino, one of the talents behind the Rockman ZX and Rockman ZXA manga. The first piece he shared celebrates every Rockman series with Dr. Light, Dr. Wily and Dr. Cossack playing Rock-Paper-Scissors. A clean version of the piece can be found here.

Next, Ogino shared a "westernized" version with the infamous Mega Man from the North American box art of the first game. 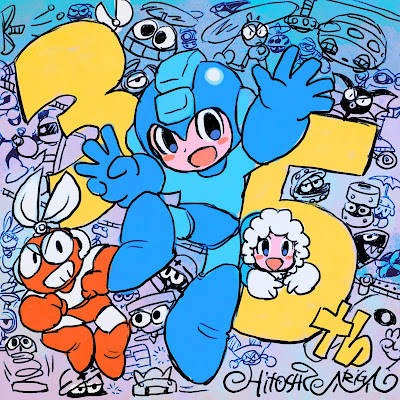 Hitsohi Ariga shared a piece with Mega Man, Ice Man and Cut Man front and center and some stage enemies in the background. You can see the drawing process unfold here. 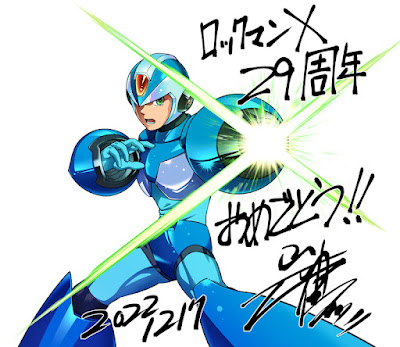 Yoshihiro Iwamoto, the author behind the Rockman X manga adaptation (and designer of Mega Man & Bass' Ground Man and Magic Man) shared the above piece to commemorate the Rockman X series 29th anniversary. 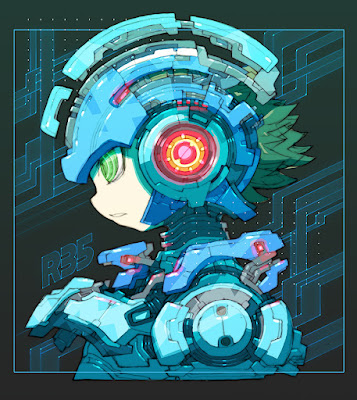 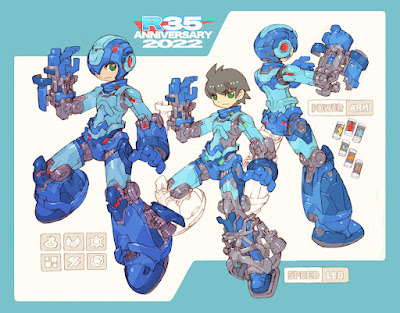 Last but not least, Toru Nakayama, character designer and illustrator of the Rockman Zero series shared a striking interpretation of classic Rockman's design.
He previously shared a piece with Rockman fighting the Yellow Devil too.
-----------------------------------
And that's all worth talking about from December 17 itself. While it's understandable that some fans expected more, Capcom are very clearly focusing on the Mega Man Battle Network Legacy Collection for now. With the collection due to hit retail on April 14 2023, the rest of the year is a blank canvas for them to paint if they chose to do so.
It's worth noting that Capcom themselves have yet to reveal the 35th Anniversary logo, which we only got a peek of from the Avirex Collab.  That remains the only 35th anniversary collab and commemorative merchandise announced so far. This is depsite Capcom seeking licensing partners for a good while.
The Official Website has yet to update for the occasion too. At the time of this writing, it still has a section dedicated solely to the 30th anniversary. I think it's safe to say we'll see more during 2023. There are a couple things in the works, not to mention a bevvy of new merchandise on the way.
For now, stay positive and look forward to playing Mega Man Battle Network Legacy Collection in April.
Posted by Reploid21XX at 12:04 PM