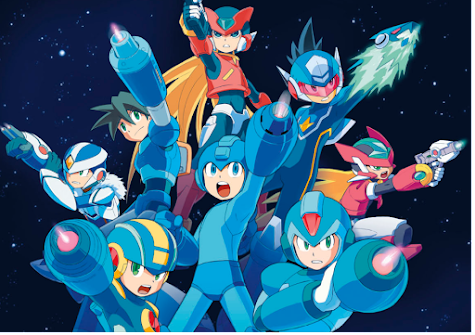 It feels like, what, yesterday we were celebrating the 30th anniversary? Come next year, though, our blue fella turns 35... and it won't pass without some recognition.

Earlier this week, Capcom Japan started the process of recruiting licensing partners for Mega Man's 35th anniversary. A message at the bottom of the company's official Mega Man licensing page reads, "2022 marks the 35th anniversary of Mega Man series. We are looking for licensees who would like to celebrate it by creating special products and events."

Capcom previously put a similar call out to license holders back in 2016 for Mega Man X's 25th anniversary and again in 2020 for Mega Man Battle Network's 20th. Mega Man X's 25th was marked by Mega Man X Legacy Collection 1+2 and a plethora of licensed goods. Meanwhile, projects intended for Battle Network's 20th have been delayed indefinitely due to the impact of COVID-19. The company issued a statement in March, asking fans to remain patient.

Video game-wise, we have a rough idea of what 2022 could bring (and then some). The all-ominous "Taisen" project has the makings of an anniversary flagship title, what with it's massive budget and all. (I can't disclose those bits here. You're on your own)  Rockman XZ: Time Rift is on track to release on iOS/Android in China between 2022 and 2023. Rockman X DiVE appears to be inching closer and closer to a PC/Steam port. On the "Legacy Collection" front... well, you never know.

For now, folks, hang in there. There's stuff on the burner.

Posted by Protodude at 9:21 PM