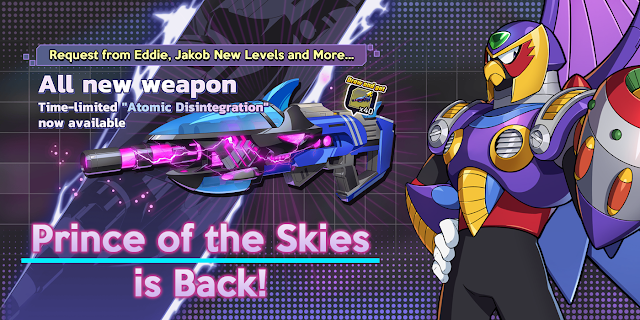 The DiVE Festival is over and just before the next big event begins, this week is relatively chill with a new weapon banner, the return of an old event, and a few more noteworthy things. Check out all the details after the break!

This weapon's design is based on the Ride Chaser seen in Rockman X4 and X5 called Adion. It's primary feature in terms of its passive skills is the ability to make bullets bounce when they hit a wall. The banner also grants you a guaranteed S rank weapon on the first, third and fifth draw of a 10-pull.

One of the first events we experienced in Rockman X DiVE soon after the launch of the game was the "Prince of The Skies" event. It was a two week event where players could challenge the stage and defeat Storm Eagle to get his chip. Now, the event is back until November 24 22:00 at (UTC+8).

You can see the characters and weapons that grant more bonus points and damage dealt below: 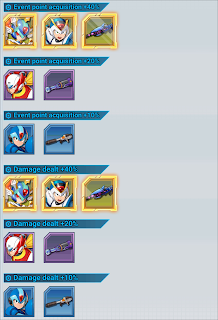 This event doesn't have an online ranking so you can play at your own pace. 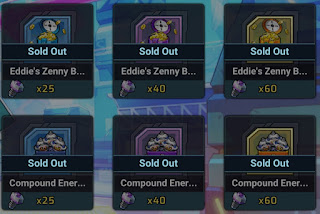 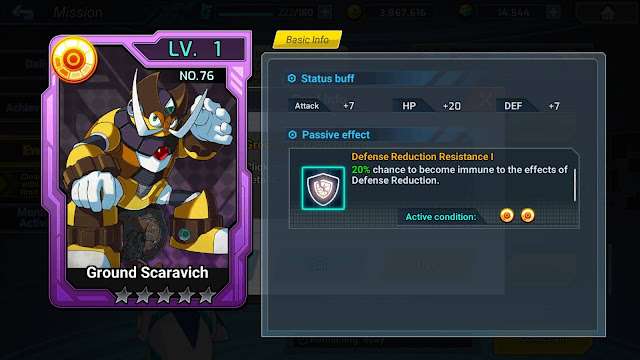 New levels for the Jakob Orbital Elevator are available today. Levels 71 to 75 for normal and hard mode and levels 65 to 70 for challenge mode.
The event Clear the Jakob within the Time Limit has been updated with new missions that will give you various items to level up and rank up your cards: a card pack, some EM and the new card Ground Scaravich. The event ends on November 24 at 22:00 (UTC+8).
Stage Completion Master Part 4 is live, too. It's a bunch of missions that will ask you to beat chapter 10 (normal or hard), chapter 11 (normal) and chapter 12 (normal) of the story mode to get a bunch of "Weapon EXP Program III" and "Weapon Memory Supply Box II" boxes. Be sure to complete the stages before November 25 at 15:59 (UTC+8).

Starting today and running in parallel, we have the "Weapon Development Challenge III" and the "Challenge Token Roulette" which are available from the current event tab. Both events will be live until December 02 at 15:59 (UTC+8).

The "Weapon Development Challenge" consists of a series of milestones that the player has to reach in order to get tokens to spend in the roulette. The milestones encompasses five weapons: Doom Blade, Atomic Disintegration, Destroyer, Burning Spray Gun and Laser Rifle.

By reaching milestones such as "complete any stage 10 times", "complete 10 arena matches" or "upgrade 20 times", you will get an abundance of tokens. Furthermore, you can get 6 free tokens every day too.
Now when it comes to the roulette, it works as it did in the past. Three tokens for one spin with the chance to get tickets for a special weapon banner and various other items.
Lastly they added the following items to the shop:
That's all for this week!  Stay tuned to the blog and social media this weekend for possible teases of the next event!
Posted by Reploid21XX at 4:44 PM