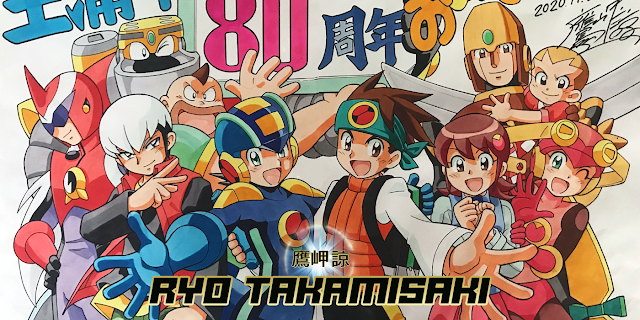 The Rockman EXE series continues to generate news despite its dormancy. And now Ryo Takamisaki, the mangaka behind the Rockman EXE manga, brings something new to talk about! Check out all the details after the break! 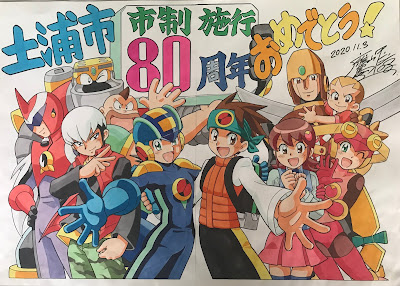 A few days ago, Ryo Takamisaki revealed via his Twitter account that he drew a new illustration featuring the EXE gang to commemorate the 80th anniversary of Tsuchiura being elevated to city status after merging with the town of Manabe on November 3rd, 1940.
If you're wondering why he made this illustration or what connection it has to the city, Takamisaki-san is a native of Tsuchiura. The city is located in Ibaraki Prefecture, so that's the reason main reason he took the time to make this piece.
The illustration will be shown to the public at Tsuchiura City Hall near the general reception desk on the first floor until the end of March 2021. The city hall is open during weekdays from 08:30 to 17:15 and remains closed on Saturdays, Sundays and holidays. 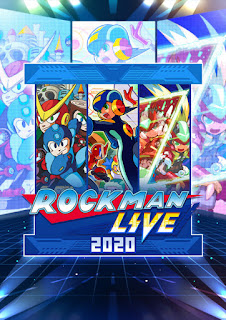 Although we're not playing any new EXE games and Capcom's lip remain sealed in terms of what could be in store for the series' 20th anniversary next year, EXE is always in the background, not letting anyone forget it.
We can go back as far as January of this year when the EXE Series was pretty much the star of the Rockman Live 2020 concerts.

That same month, a very lengthy and interesting interview with Masakazu Eguchi conducted by TV Tokyo was published, which you can read in English here exclusively from Rockman Corner. January was also the month that the Rockman x Bakudan-yaki Honpo collaboration was announced. It brought us some new goods with chibi versions of Netto/Rockman.EXE and Enzan Ijūin/Blues.EXE.
Throughout 2020, we also had plenty of news about MegaHouse's Rockman.EXE: Rockman vs Forte Statue which will be released next month.
In May, we found out that Capcom were recruiting licensing partners to produce goods for the 20th anniversary of the series on March 21, 2021.

And we can't forget the very memorable crossover with DUEL MASTERS PLAY’S! We covered this extensively here on the blog, including another interview with Masakazu Eguchi.
And finally, more merchandise will be released next month in the form of two card boxes for those who play trading card games.
We are approaching the 20th anniversary of the series, so we can only hope that Capcom will bring us some game related news soon... be it a "legacy collection" or something new entirely. Whatever the case, it's a good time to be excited. More news are around the corner, sooner than you think!
Stay Tuned!
Posted by Reploid21XX at 7:06 PM