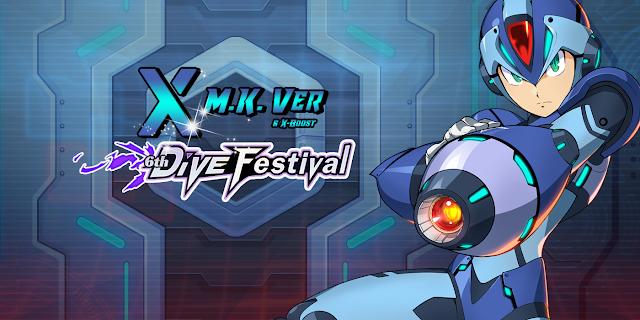 The Halloween event is over and before the next big event starts, the 6th DiVE Festival is here to keep us busy.

There's a lot of going on here: we have the first boss to become playable, a pair of new skins for X, a new story mode chapter, and much more. You can find all the info after the break!

Copy X was the boss for the Zero Series event back in July. And now, for the first, a boss has become playable in DiVE. What's more, Copy X is the star of the 6th DiVE Festival. Your chances of getting him are higher than usual! And if that wasn't enough, the development team added an extra pull every time you activate a 10-draw! 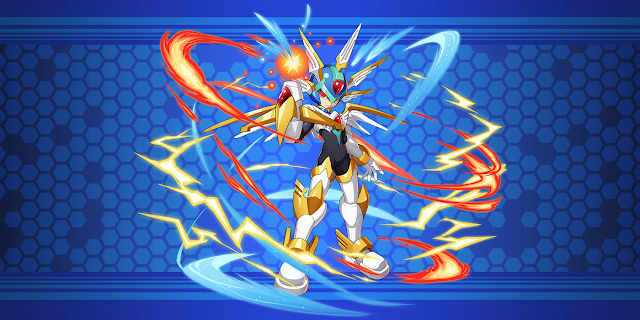 Charge Shot
Shoot an energy round to inflict 19.89% attack damage to the target. Can be charged to unleash a more powerful energy round that deals 10x damage.
Nova Strike
Crash forward, inflicting 200% attack damage to all targets in your way.
Passive Skills
Savior: When you are hit by an attack, gain a stack of "Savior" status. When you have 3 stacks of "Savior" status, your next Nova Strike will deal additional 25% damage and you will gain a shield of invulnerability.
Buster Adaptability: Reduced damage taken by 20% when equipping a buster.
Power Increase: Increase the damage rate of maximum charge shot by 10%.
Buster Mastery: Increase damage by 20% when equipping a buster.
Raging EX Charge: When your HP drops below 50%, recover 30% HP and gain a shield of invulnerability. This skill will only be activated once per stage. Chapter 12 for the Story Mode is now available, too. It takes place in the Power Control Center. You may remember it as the Volt CatFish stage from Mega Man X3, but the boss is Flame Mammoth from the first Mega Man X game. While Volt CatFish is nowhere to be found, what you will find is a pretty sweet remix of his stage theme. Furthermore, "Chapter 10: Volcano" is now available to play in hard mode too.
Chapter 10 is now available for Co-op Mode and the event stages' DiVE Trigger enhancement, Zenny, Upgrade Equipment, EXP can be played at difficulty 7 if you have the necessary player level.
Boss Challenge has been updated with two new bosses: Byte, who is available if you reached player level 110, and Chop Register available at player level115. Byte Chip is also available which gives you a defense boost when hit by an attack if you're equipped with a melee weapon.
The level Cap has been increased to 120 and with that, we can craft a new armor and level up weapons and chips. The usual stuff.

The speed race event XDiVE Maximum Race is now live through November 17 at 22:00 (UTC+8). This event is pretty much the same as the race mode in the challenge tab but incorporates the online ranking and points system of the Boss Rush Mode.
When it comes to the "point rewards", you can get 15 memories of the Aqua Buster, 130 EM and the usual rewards like Zenny or skill points. What's more, you can get card #74, Staring Dash that will increase your speed by 15% when entering a stage.
As for the online ranking, it's all about finishing the stage as quickly as possible to get some character/weapon patches and gift boxes.

The "X Ver.Ke" skin or "X M.K.Ver." as they call it in the game is now available from the newly opened skin store. Additionally, there is another skin for X from the TruForce toy line again: "X M.K.Ver. X-Boost". The price is 800 EM (not paid) each.
The regular price is 1200 EM so don't miss the opportunity now that they are on discount. When  purchased they give a boost of: ATK +32, HP +64 and DEF +16 to your player account. 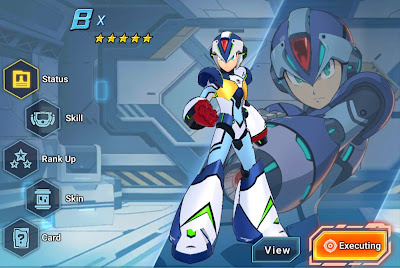 Unfortunately the X-Boost skin doesn't have unique artwork, but the 3D model looks really cool! Let us know in the comments which one you prefer and if you bought any of them!

The Castle x Ghost x Halloween event continues and the Fight the Pumpkin Head Dark Man event has been changed to Purify The Ghost. It works exactly the same as the previous event: you get one lucky draw ticket by doing daily missions like "complete race mode 1 time", "complete co-op 1 time", "complete one level of the Jakob Orbital Elevator (challenge difficulty) and "defeat 100 enemies". 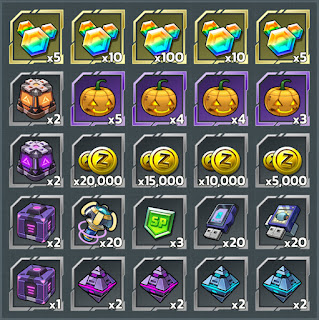 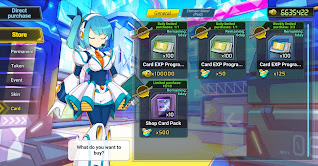 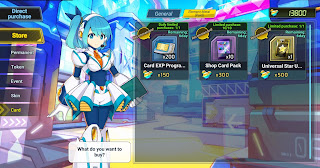 The Card Shop is now open. During the trail period that lasts until November 18 at 15:59 (UTC+8) all items are on sale with a special price. The prices may be adjusted after the shop gets an official opening.
These are the following items you can purchase:
Purchase with Zenny:
Purchase by Element Metal(Non-paid):
Purchase by Element Metal(Paid):
Now, I don't know about you but those prices - especially the card packs - look too expensive. What about you? Let us know!
And speaking of cards, new cards can be crafted in Lab 6 and upon login you will get a free card pack with the following cards: Refleczer, Metall C-15, Ball De Voux and Dig Labour.
This update was pretty extensive and we don't want to bore you with all the tiny details. If you want to read about some bug fixes and items added to the store including the 1111 promotion, you can do so here.
Posted by Reploid21XX at 12:31 AM