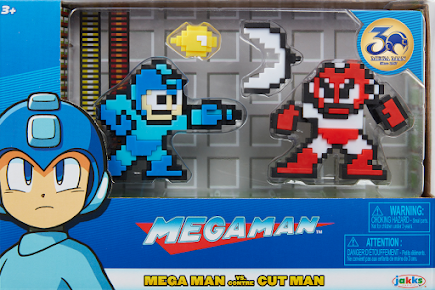 Unfortunately, there won’t be any more Mega Man 8 bit figures being developed and I think in general we will use save that execution of figures for timely introductions around anniversaries, etc. where we can present them in a special fashion."