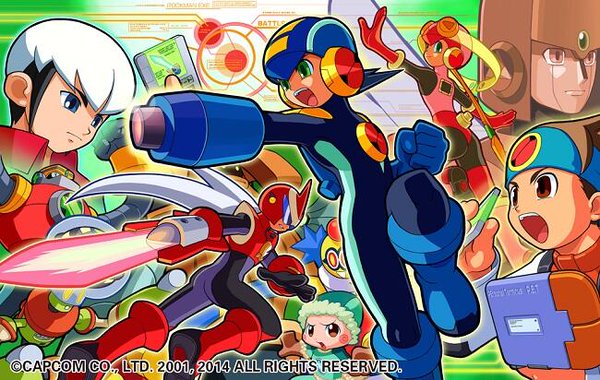 It's the 21st in Japan and that means Mega Man Battle Network officially turned 15-years-old. Incidentally today is the Game Boy Advance's 15th anniversary in Japan, too.

In a time where the classic, X and Mega Man Legends series were under-perfoming, Battle Network shot right out of the gate, spawning a successful multimedia franchise. In just a few years time, Mega Man.EXE became the face of Mega Man in the early '00's. From video games and toys to TV and film, Battle Network truly breathed new life into an aging franchise. It's not a stretch to say many of you reading this are Mega Man fans because of MMBN.

I do not know what the future holds for Battle Network. But after after a strong showing at Hanayashiki, I fully believe there's potential. Who knows what the next five, ten years hold!