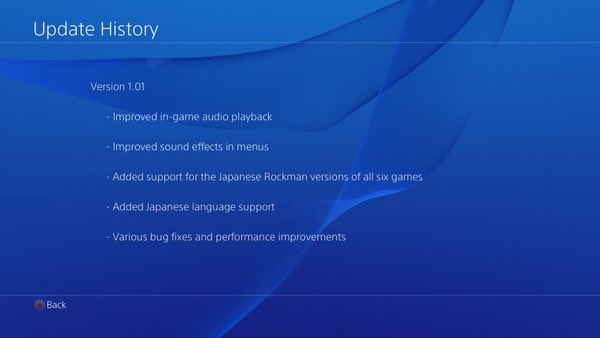 
The patch should be live across North America and Europe right now. I'm currently awaiting confirmation on PC and Xbox One, too. Mind you, these issues are not issues on the 3DS version. The 3DS version has its own set of problems that have yet to be fixed.

UPDATE: Frank Cifaldi, the game's producer, has yet to be asked by Capcom to develop a 3DS patch. So that's out of the cards, for now. Frank also says they made a Steam patch, a small one, but it hasn't been pushed out yet.

UPDATE 2: Patch is live for Xbox and PC.

Thanks, Frank Cifaldi!
Posted by Protodude at 4:43 PM