The day has finally come! Rockman X DiVE is officially available to play in the US and the UK, rechristened as Mega Man X DiVE. The beta or "early access version" showed up a few hours ago on the Google Play store. Funny enough, though, the official Facebook page for the game has been online since June 9. It totally flew under our radar! 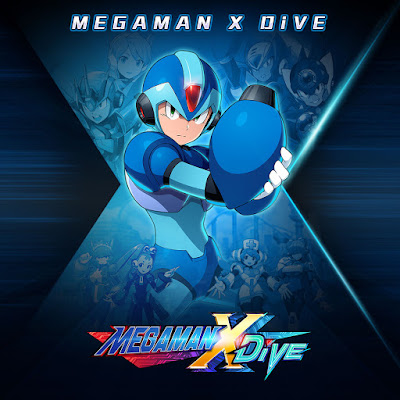 At the time of this writing, it seems the game can only be downloaded via US Google Play Store and the UK Google Play Store. This early access version is not available for iOS users. Something similar happened when the game first launched in Taiwan, too. Perhaps that will change.

You can become a beta tester for the Android version here.

Surprisingly enough, the game is published by NebulaJoy, the developers and publishers behind the upcoming mobile game Rockman XZ: Time Rift. Capcom are not directly handling distribution of the English version.

Of note, the game has a number of bugs and visual errors. However, there are a number of good things to try out including Raid Boss (available at level 22), Dr. Light Lab and Hunter Badges, among other things. Characters available go up to Another Iris, too.

UPDATE: Via the Official Facebook page, we learned that while the game is only available in the US and the UK, it will eventually make its way to all other countries. Furthermore, the iOS version is in development. Regarding the Steam version, it's not in their agenda but it isn't out of the question. (note that this comment is from NebulaJoy, not Capcom themselves).

Lastly, they opened a discord server where you can communicate with the developers and ask your burning questions directly.