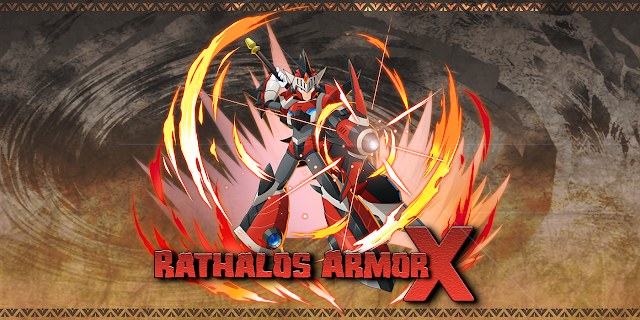 The most talked about part of the Rockman X DiVE and Monster Hunter Rise collaboration, without a fraction of a doubt, has been Rathalos Armor X. He finally arrives to the game this Wednesday!

His first active skill is True Charged Slash, a powerful multi-slash attack that deals damage to targets in range. One of the skills will increase preparation time and increase damage rate for the second hit.

His second active skills is Rathalos Fire Breath. It launches a fireball that can be followed with a fire slash. One of the skill cards will cause the target to burn.

Rathalos Armor X will share the banner with the "Sinister Gatling Gun". Of note, the weapon was already available during the previous banner. It will last until July 7.

Let us know in the comments if you're going to try to get Rathalos Armor X! Also, how far are you crafting the memories of the Sinister Shadow Saber available in the lab?