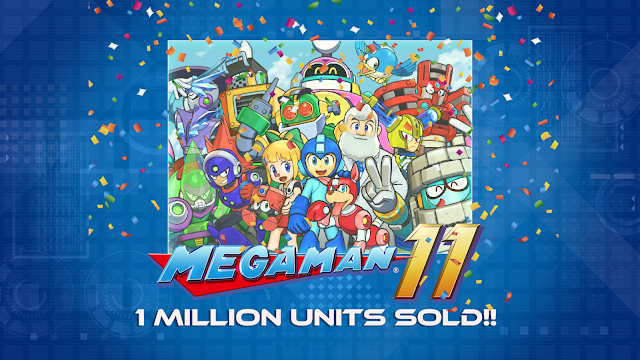 With a little over a month before we start celebrating Mega Man's 32nd anniversary, we just got the best early present possible. Capcom updated their Platinum Titles list (games that sold a million or more units) and, finally, Mega Man 11 has reached the one million units sold milestone! Mega Man 11 was released on October 2nd, 2018 and it took a little over a year to join the exclusive Platinum list.

Source: Capcom IR Platinum Titles
Posted by Reploid21XX at 4:49 AM