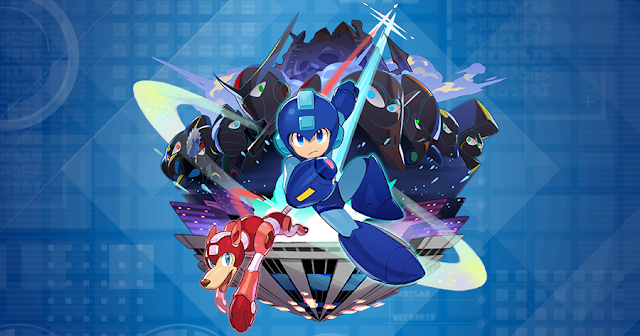 Dragalia Lost director Yuji Okada dropped some additional details regarding the Mega Man crossover event in the latest "This Month in Dragalia Lost" newsletter. He provided a little more on what fans of both franchises can expect, such as what type of weapon user Mega Man will be, some of the abilities we'll be seeing, and a peek at an updated piece of key artwork (above)! More details after the jump!


Okada had this to say about the event:

" Regarding the Mega Man Event.

I plan on sharing more information about the Mega Man event coming at the end of the month via notifications and social media. The first thing i'd like to share is that Mega Man is the only adventurer you'll be able to add to your team during this event. There won't be a summon showcase where you can get other adventurers other than Mega Man, but the good news is that all players who participate in the event and fulfill certain conditions will be able to get him!

This news may be a little disappointing to some players, but we're working hard to make sure Mega Man's actions are true to the source material. Mega Man's skills allow him to switch weapons with special functions and use those weapons a certain number of times. The way he controls is also unique. In terms of his Dragalia Lost weapon type, he'll be a wand user, but he moves differently from other wand users and he can fire off shots in rapid succession.

He is also capable of using his Charge Shot by doing a Force Strike. And while swiping normally causes an adventurer to roll, Mega Man will actually use his sliding move! When Mega Man reaches 0 HP, a special animation will play, causing him to disappear like he does in the Mega Man games. Don't worry, though! He'll come back without issue if you use a continue. Finally, when he shapeshifts, Mega Man will summon Rush and ride on him, doing his famous Rush Jet move. And he's able to attack in multiple directions, which makes it easy to take on hordes of enemies.

We'll put out a video explaining how Mega Man controls in mid-November, so keep an eye out!

The event will also feature some Mega Man event-specific weapons. By equipping these weapons, any adventurer will be able to fire the Mega Buster's Charge Shot. You'll also be able to get some event-specific wyrmprints, and some of these can be arranged to form one big picture. We're also preparing a number of songs with special arrangements, including Dr. Wily Stage 1 from Mega Man 2, and you'll be able to hear the original songs by meeting certain conditions!"

Okada included a picture of the silhouettes of the special event weapons, too. It's hard to say what theme they will be but there are 8 of them and the Mega Man 2 Robot Masters are featured in the new artwork for the event. 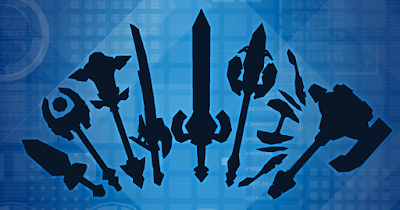 No word if the Robot Masters will actually appear in the game or not, so guess we will have to wait and see! Okada also included the 1st in-game screenshot of Mega Man using the Charge Shot: 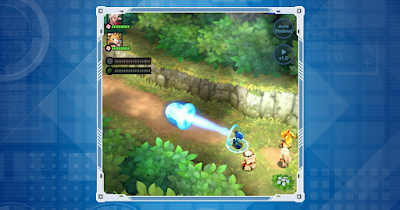 Looks like we don't have too long to wait for more news, especially with the event going live at the end of this month!


Hopefully we'll see some gameplay videos of Mega Man soon and what Robot Masters, if any, make an appearance! Good to know they are including a lot of Mega Man's moveset too! Always good to see Rush make an appearance and having the Charge Shot and Slide sound like great additions so far.

We'll be sure to keep you all updated when more news on this crossover event surfaces later this month! If you've missed our previous news on this event you can check out the article here.

Are you folks looking forward to the event? Seems to be a lot of great crossovers involving the Blue Bomber at the moment! You can also check out news on the Mega Man X event happening in Elemental Story at the moment here and here.