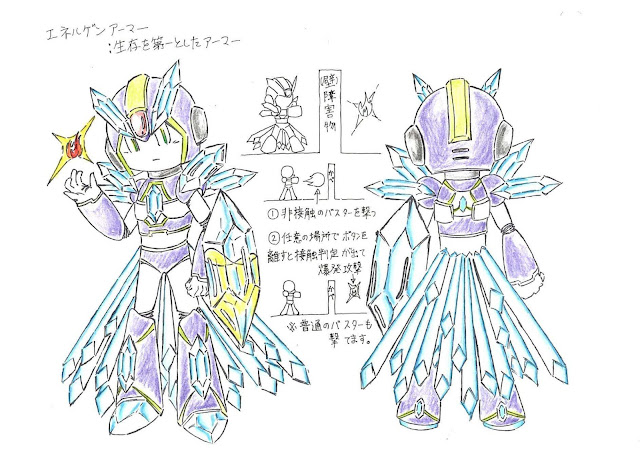 Though lacking in power, the Energen Armor provides X with a formidable defense against enemies and spikes! The large crystal on the left arm acts as a Sub Tank, providing X with easy access to spare Life Energy. Its Buster Shot can pierce through walls but it doesn't travel very far. In short, this armor is perfect for players who may need a little help traversing through challenging stages. 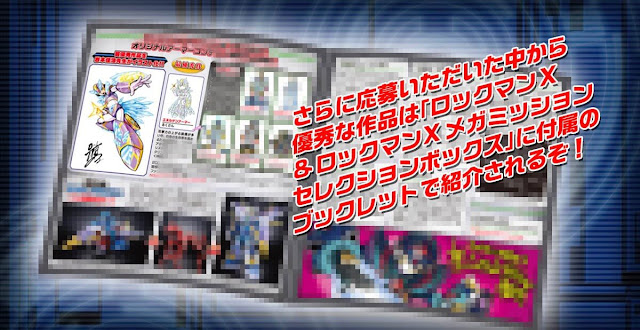 As the winner of the contests, the Energen Armor has been redrawn by Yoshihiro Iwamoto. The illustration will debut in the booklet for the upcoming Carddass and Mega Missions box set. You can see a tiny sample of that above. A smartphone wallpaper of Iwamoto's illustration will be distributed to participants close to the box set's release. 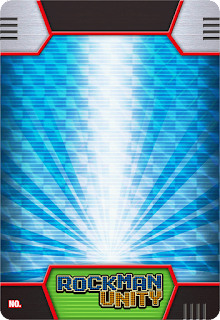 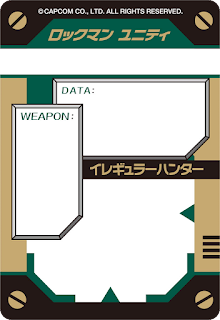 For everyone else who didn't win, Rockman Unity have whipped a pair of Carddass trading card templates. The front side is for the armor/character and the back side is for the bio and stats. Use 'em to make your own cards!
Posted by Protodude at 8:12 PM