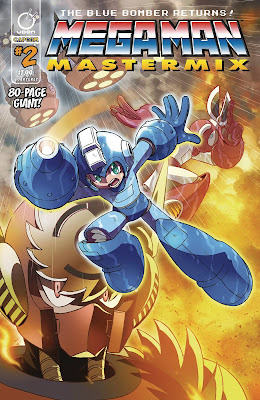 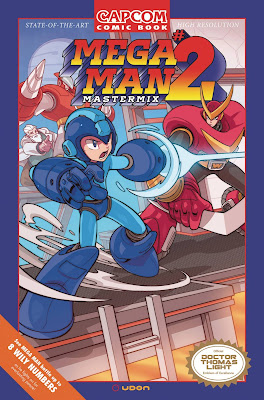 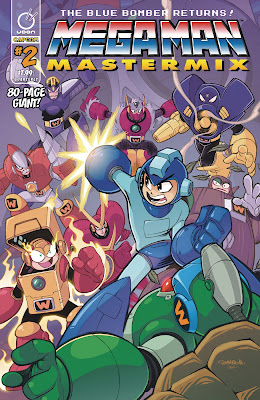 The second issue of Udon Entertainment's Mega Man Mastermix is headed to a comic book store near you on April 25th. It's a little ways out but here are three newly-revealed covers to tide you over. From left to right we have Hitoshi Ariga (the standard cover), Edwin Huang and Jon Sammariva. Here's the solicitation:

"The Blue Bomber returns to comics through the classic stories of Japanese artist Hitoshi Ariga -- available for the first time in color! The scheming Doctor Wily has moved on from corrupting good machines, and instead has created his own batch of eight villainous robots! Mega Man will need a little help from his friends if he hopes survive his first encounter with... The Wily Numbers!"

So yeah; issue #2 sounds like it will cover the entirety of "R Destruction Order", the second Mega Man Megamix chapter. Look forward to it!