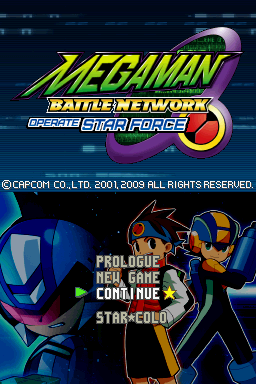 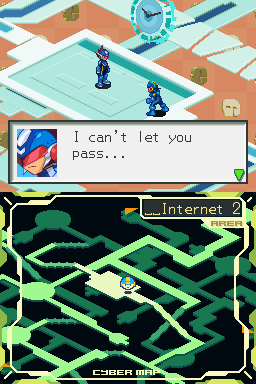 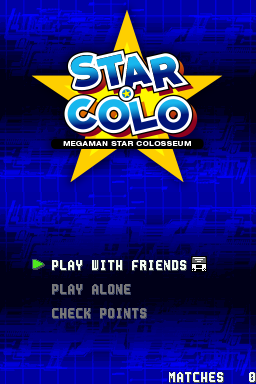 An English translation patch for Rockman EXE: Operate Shooting Star is once again in the works. There have been a few attempts over the years, but hopefully this is the one.

Spearheaded by members of The Rockman EXE Zone, the goal of the project is to translate the new, exclusive Operate Shooting Star content: the Star Force scenario, the multiplayer Star Colosseum and new Battle Chips. Text from the original Mega Man Battle Network 1 script will be ported over, too. The team also wants to fix typos and inconsistencies in the original game's translation.

As of this writing, the game's main scenario is done and fully translated. The Star Force scenario has been translated and is currently being edited. The Star Colosseum and various menus and graphics are "mostly done". So, really, it sounds like this patch isn't too far off from distribution. Fingers crossed! It's been a long time coming.

For more details and further updates, hit up this TREZ thread here.
Posted by Protodude at 9:35 PM