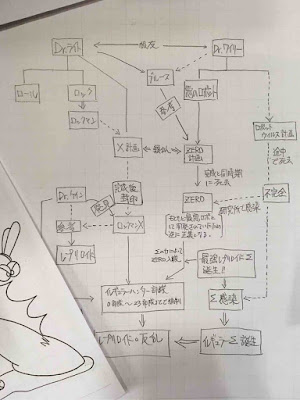 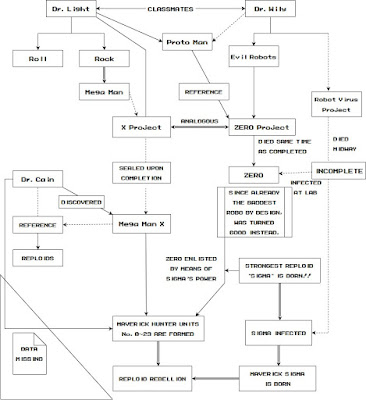 An official design document from Mega Man X1 has been spotted at Rockman Unite – the 30th anniversary event currently taking place in Hirakata and Hanayashiki Park. This piece (original on the left, translation on right) is an official character relationship chart which – according to a now-deleted tweet from Mega Man 5's planner Ichiro Mihara – was written between Mega Man 5 and X1's development in 1993.

So a couple cool things of note. Firstly, if Mihara is correct, this outright confirms the Dr. Wily-Zero relationship was planned from the very start. This backs up a comment from Keiji Inafune made in MM25: Mega Man & Mega Man X Official Complete Works. Second, according to this document, Dr. Wily used Proto Man as a reference when creating Zero (bear in mind Bass did not exist at this point). Third, it appears Dr. Wily died just after completing Zero. And finally, providing further credence to comments made in Mega Man Zero: Official Complete Works, Dr. Wily's virus turned Zero good since he was 'already the baddest robo by design'. UPDATE: The "missing data" portion has been spotted! It says, "for the sake of behavioral research." Thanks Tony and #20!

All in all, really interesting stuff that shows just how far back the Mega Man X backstory was established. Since Rockman Unite is just starting out, who knows what other neat pieces of history we'll be seeing for the first time?

Thanks to N2_EXE for finding this and Number 20 for the translation!
Posted by Protodude at 9:26 AM