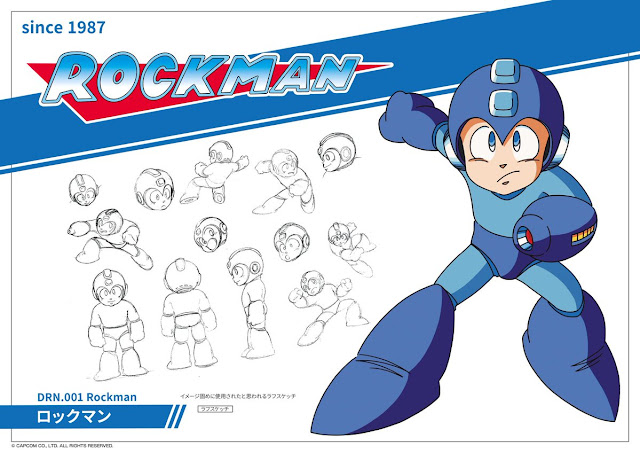 The Rockman 30th anniversary festival in Hirakata Park will be featuring a special art exhibition, the park announced. Though details are sparse, the gallery will reportedly display a number of authentic concept pieces from the franchise's history, a chronology of characters and special attractions. A photo opportunity to 'become a Met' will be on-hand as well.

The Rockman 30th anniversary festival begins on February 10th in Hirakata Park (Hirakata, Osaka). Entree fee is 500 yen per person. A secondary festival is planned to take place in Hanayashiki Park (Asakusa, Tokyo) on the 10th, too. No word yet if the art exhibition will be present an Hanayashiki.