Since its launch in late July, Mega Man ZX Prequel – a fan-game set 200 years before the events of Mega Man ZX – quickly become a favorite among Chinese-speaking Mega Man communities. And recently, with the announcement of an English version, developers Rockman Labs hope it will catch on overseas. 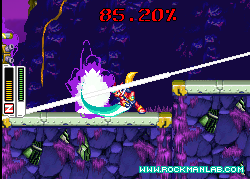 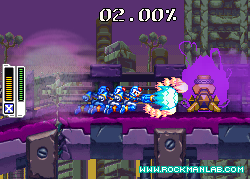 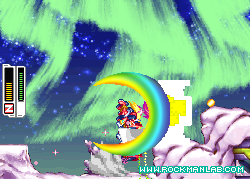 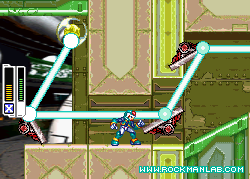 According to project lead Sousou, the English (and Japanese) translation started production a couple weeks ago. It's being developed concurrently with a new version of the game based on fan-feedback. In the meantime, the original Chinese version is primed and ready to play. You can download it here or here. Take note, there are some compatibility issues with the latest version of Windows 10.

Though you won't get much out of the story right now (from what I've gathered it concerns the spread of a lingering Reploid virus), gameplay is fairly easy to pick up on. If you played ZX, ZX Advent or any game from the Zero series, you should be right at home. Unique to ZX Prequel, though, is a light/dark world system. In the light world, you'll occasionally run into virus-infected mechaniloids. However, in the dark world, ALL enemies will be infected. Light or dark, enemies infected with the virus are said to be stronger than the norm. A gauge at the top of the screen shows you just how bad the outbreak is in your current position.

I'll be checking the game out this weekend, but it sounds rather tantalizing. We don't get enough ZX fan-games!

Hit up the links above and give it a download!
Posted by Protodude at 11:55 PM