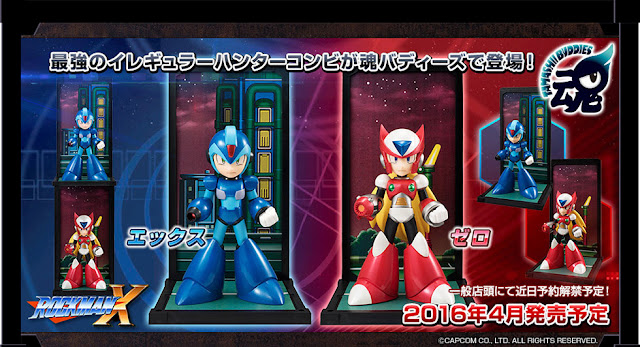 First they were giants, now they're itty-bitty. X and Zero are next in line in Bandai's Tamashii Buddies series. Each measures at about 9cm in height and includes a display stand featuring Mega Man X's introductory stage.

Bandai plans to roll these out in April, 2016 for 1,620 yen a piece (roughly $13 US). Pre-orders go live in the days ahead. Before you buy, be advised these figures are not articulated. They're meant to be shown off on a shelf or, if you're feeling fancy, act as bookends.