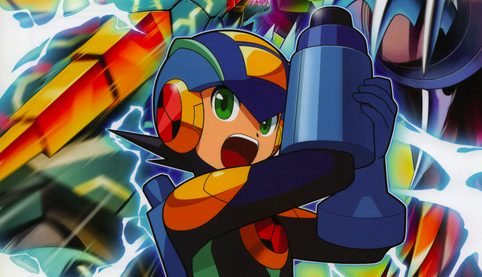 With Europe just getting Mega Man Battle Network 5, it was only a matter of time before the sixth game in the series gets its Virtual Console due. Next week, Rockman EXE 6: Cybeast Greiga and Cybeast Falzer hit the Japanese Wii U Virtual Console on November 18th for 702 Yen a piece.

Although not officially confirmed, it's safe to say a method will be available to obtain trade-exclusive Battle Chips and bonus content. Previosu Virtual Console releases had players accessing the "Comms" menu to recieve opposite version Chips and items.

A release date has not been set for North America or Euorpe. We'll keep an ear to the ground.