The Gold Mega Man Amiibo Won't Be Coming to Europe 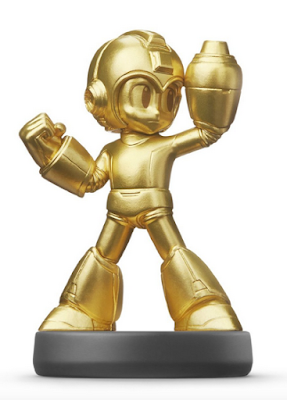 We've known for a little while that Mega Man Legacy Collection won't be seeing a physical release in Europe. Further confirmation came yesterday with the release of a new trailer. Today, Capcom UK has confirmed the gold Mega Man Amiibo (bundled with the North American-exclusive special edition) will not be distributed in Europe either.

Even though this particular figure isn't hitting PAL territories, Capcom UK reminded fans that the regular Mega Man Amiibo will unlock the same content. Fans won't be missing out on those extra challenges... but Amiibo collector's will be left yearning for the gold!