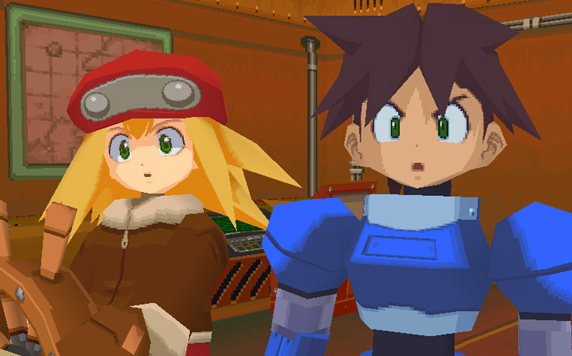 A couple weeks back we looked at some of the legal hurdles preventing Mega Man Legends from launching on PlayStation Network. We concluded it has nothing to do voice actors and their contractual agreements; rather, a trio of annoying logos from other people's intellectual properties.

Today we're putting Mega Man Legends 2 under the microscope. Can it come to PSN?  If so, when? These questions and more observations after the jump. 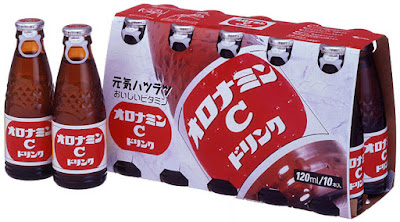 
As alluded in our first report, Mega Man Legends 2 does not reference any intellectual property outside of Capcom's own. No Oronamin C or YAG logos here. The game is free and clear of potential litigation on this front.

Unlike the Rockman DASH PSP port, DASH 2's portable version contains no edits or cuts to visual content. Everything is presented just as it was, product placement free. There's no conspiracy behind Capcom's choice to put DASH 2 PSP on PSN over the PlayStation version; it's simply the better game with additional content and bug tweaks.


But what about the Mobile Suits!? 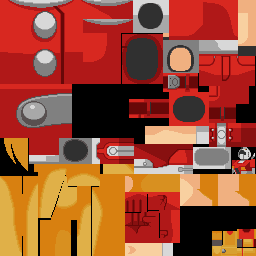 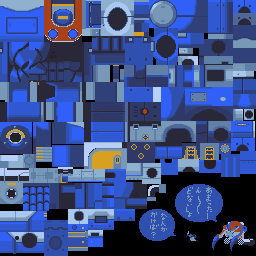 Ah, this. Well here's a little-known Legends 2 fact for you: to fill space in some of the character's texture data, the developers doodled some Mobile Suits. There's the Zakrello, a GM and an Acguy. You can see them at The Cutting Room Floor.

These doodles do not appear on the surface of Mega Man Legends 2. The only way to see them is through PSX VRAM. So while they certainly do depict Sunrise/Bandai's intellectual property, they're nowhere near as deliberate or evident as Oronamin C or the YAG building in the original Legends. It's a harmless, well-hidden easter egg that holds no bearing on Legends 2's availability on PSN. These little guys didn't stop DASH 2's PSP port from landing on PSN. They're tucked away in that version, too.


Alright, what about the voice actors? 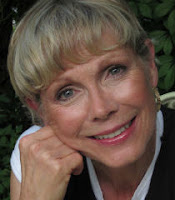 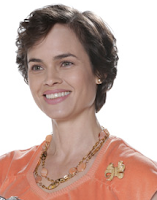 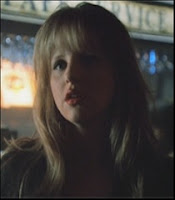 
This looming rumor states Capcom lost the rights to several voice performances and related audio for all three Mega Man Legends titles. However, former Capcom USA SVP Christian Svensson already ruled that one out, a fact further cemented by the eventual debut of The Misadventures of Tron Bonne on PlayStation Network. With Tron Bonne in the clear and Svensson's statement still relevant, we can conclude, once again, audio is not an issue.

Rob Smith's conviction isn't an issue here either. If it wasn't a problem with Tron Bonne it won't be one with Legends 2.


What about the ESRB? Is it true the game might be re-rated? 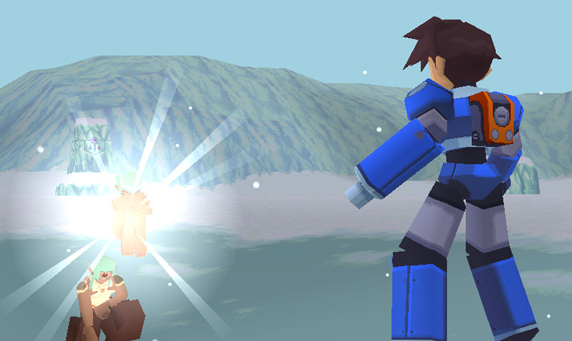 On the contrary, Legends 2 is sprinkled with uncensored humor and naughty bits. We've got partial nudity (full-no-nipple-frontal if you use a GameShark to access the debug room), references to alcohol and intoxication, tobacco, anthrax or cocaine and the freedom to shoot/punt/kick/throw rabbits, foxes, pigs, ducks and even children (you can blast Appo and Dah to a crisp). It's all portrayed in a comical light, of course. Nothing is taken seriously. Point is, similar content that had to be removed from the original Legends to retain an E rating are plain as day in Legends 2.

So, no, I don't think the ESRB rating is an issue. The Misadventures of Tron Bonne, while light on butts and booze, escaped to PSN with its original rating despite a good bit of cheeky material. Even Mega Man X4 got away with E-rated bloody murder on PSN. Mega Man Legends 2 should be fine, really. It's not like Capcom can go back and censor that stuff anyway (remember, modifying the master disc image is a no-no).


So what's the problem then? 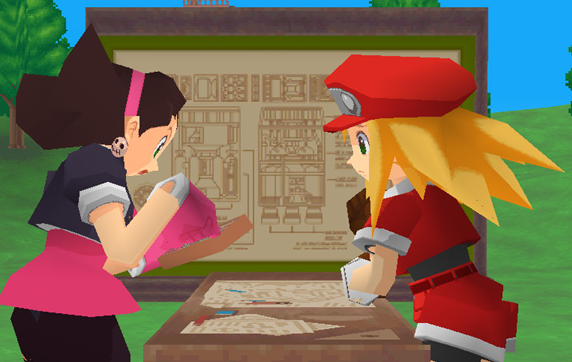 In a word? Nothing.

I'm going to say this with complete confidence: Mega Man Legends 2 is coming to PSN. It's taking some time but it will get there.

The process of making legacy software available on PSN is often long and drawn out. It's a two-way street between Sony and the original publisher. The Misadventures of Tron Bonne took several years to get where it is today. There's evidence to suggest Tron Bonne's holdup was audio related, but resolved in 2010 along with Mega Man Legends and Mega Man Legends 2. With no clear property infringements, no issues with the voice actors, and a suitable ESRB rating, Legends 2 should be on the burner right now. And look, as far back as 2011 a number of Mega Man Legends 2-related avatars are up to download on PlayStation Store. The gears have been in motion for quite some time.

It's taking this long because that's just the way things are with PSN. PSOne Classics have been available since 2006 and we're just now getting Mega Man 8, X4, X5 and Tron Bonne. There are things that go on behind the scenes you and I have no control of. In an ideal scenario we could have the entire PSOne catalog up right now. But there's all sorts of contracts that have be signed, content that has to be scanned for litigation, scheduling agreements and conflicts that have to be resolved. Boring stuff, man.

I can think of no better analogy than the final moments of Legends 2 itself. We see Tron and Roll brain storming ideas on how to construct a rocket to rescue Mega Man. It's a back and forth conversation between two parties trying to find mutual ground, often with a lot of bickering in between. It's Capcom and Sony.

Mega Man Legends 2's issue (if you want to call it that) is simply a matter of time. Weeks, months, maybe even a year from now.

Posted by Protodude at 3:55 PM