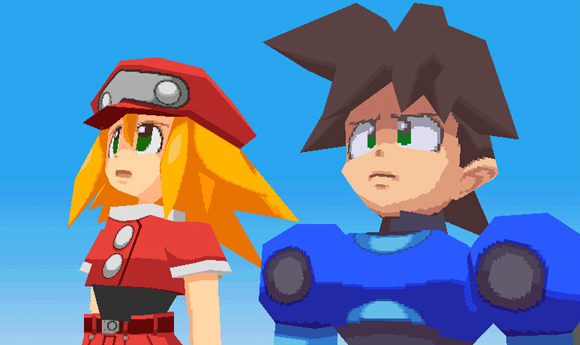 There's a couple misconceptions floating around concerning Mega Man Legends' present inability to be sold on the PlayStation Store. This post is an attempt to quell these murmurs, while at the same time provide specific examples of property infringement issues the title faces. We will discuss Mega Man Legends 2's case at a later time. For now, the spotlight is on the original 1998 classic.

It's not the audio. At least not anymore.

Our holdup has nothing to do with voice actors and contractual agreements. This issue was cleared up in 2010 when former Capcom USA SVP Christian Svensson provided the following statement on the digital availability of all three Mega Man Legends titles (MML1, TMoTB, MML2):

"Actually, it looks like there's an IP risk on one of the titles so the IP group won't let us re-release it on PSN. We've been trying to see if we can get that resolved but it's going to take a long time."

"The issues I'm speaking of are not audio related but I can't elaborate more unfortunately."


Indeed, voice acting and related audio can prevent games from PSN distribution, as alluded to in this interview with Svensson in 2011. This might have been the case at one point, but if you couple Svensson's 2010 statement with the eventual release of The Misadventures of Tron Bonne on PSN, it's clearly no longer an issue. Tron Bonne's audio is the same as it was in 2000... which brings us to a rather uncomfortable topic. 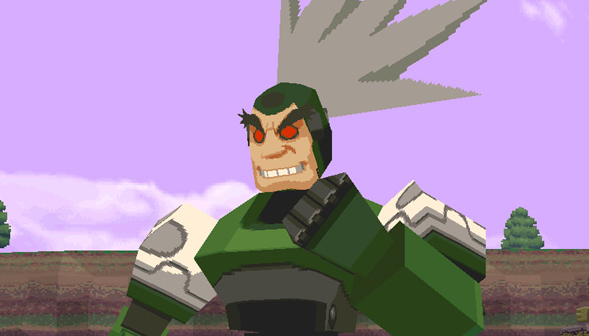 Teisel Bonne, or more specifically the character's English voice actor, Rob Smith. Before Tron Bonne's PSN launch, this was a popular theory: "the Legends games can't come to PSN because Rob Smith is a convicted pedophile."

Yes, Rob Smith was jailed in 2008 for the distribution and possession of child pornography. As horrible and shameful as the fact is, it did not inhibit Tron Bonne's digital release. From a contractual standpoint, Smith's performance shouldn't be an issue if/when Mega Man Legends launches on PSN. Every word he uttered will go unchanged.


So if it's not the voice actors, what is it?

Two real-world intellectual properties are depicted in Mega Man Legends. Of the three games in the series, the original Legends is the only one to directly reference other people's IP. These properties are Oronamin C energy drinks and Yoyogi Animation Gakuin (YAG). Have a look: 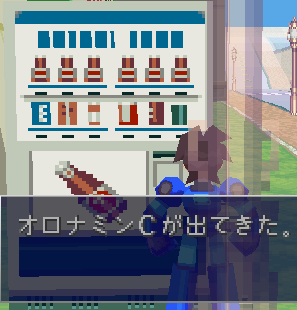 Bottles of Oronamin C can be seen on numerous vending machines throughout Kattelox Island. In Rockman DASH, the product is specifically mentioned when Rock consumes the beverage. 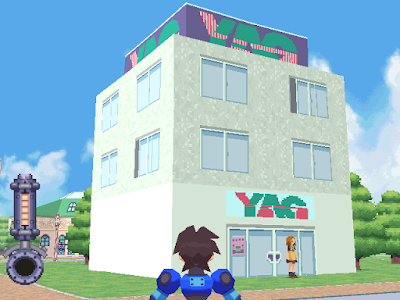 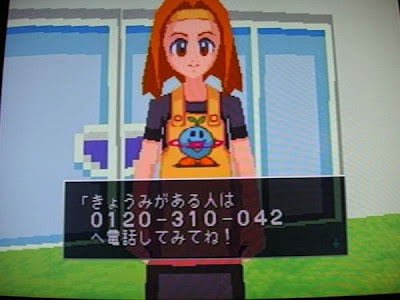 The YAG building in Uptown is a nod to Yoyogi Animation Gakuin, an animation school located in Japan. The NPC outside the building wears an apron with the school's former mascot. In Rockman DASH, this NPC even provides you the actual phone number to the university! It's a shameless commercial, really. Naturally, the number was removed in Mega Man Legends and YAG was repurposed as a video game studio that makes "cool games like Resident Evil." The logo and mascot, however, remained. For fun, here's YAG's website as it appeared in 1999.


If these logos are so bad, how come Capcom can get away with selling the 2005 Rockman DASH PSP port on the Japanese PlayStation Store? 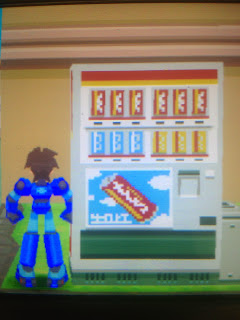 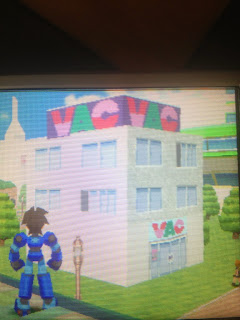 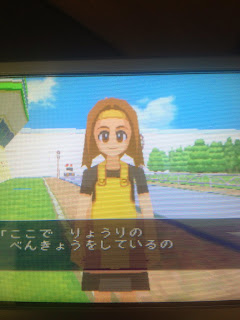 Simple: the textures for the vending machines, the YAG building and mascot were retouched to avoid potential litigation. They're gone. Rather than renew outdated contracts to use other people's IP, Capcom simply went back and cut those pesky logos out entirely. Problem solved, right? Yeah, for the PSP version.

According to Christian Svensson, Sony prevents developers from modifying PSOne source code. The policy insists PSOne Classics sold on PSN must be the exact same as their master disc image. No alterations, no cuts. In other words, Capcom can't remove these logos from the PlayStation version of Mega Man Legends and expect to sell the game on the PlayStation Store.


What can Capcom do then?

While a PSN release is unlikely at the time of this writing, there are a few options to get Mega Man Legends on present-day consoles and storefronts.

Option A) Mega Man 64 - With the N64 Virtual Console just coming to life on Wii U, Mega Man 64 may have an opportunity to shine. And what do you know, those infringing logos were changed here, too. The Oronamin C bottles were recolored green, and the YAG building was removed entirely! Mega Man 64 is pretty much ready to go as is.


Option B) PC/Steam - The PC version of Mega Man Legends is a decent port and no policy exists to prevent Capcom from removing those nasty logos. It's a quick fix with a great pay off: of all platforms available, Steam has the largest install base.


Option C) sell the PSP port on the US PSN store - This one is tricky. Capcom has entertained the idea in the past, but the title would either have to be sold in its native Japanese language OR they would have to invest in a translation/injection of the English script. If left untranslated, the game has limited appeal outside of hardcore fans. Injecting the English script/voice overs will require additional investment and time. It really comes down to logistics: is it worth the added effort?


Option D) Remake or remaster Mega Man Legends - We're essentially talking about a new product here. Basically, Capcom remakes Mega Man Legends from the ground up for the current generation of consoles. Property infringements are naturally removed in the process, and Capcom enhances the game in other areas wherever they see fit. This is an option that many fans would like to see, certainly. However, Legends has historically under-performed. The question Capcom has to ask themselves, is a straight up remake financially viable?


There's a number of things that can be done, yet the fact remains these options take time and money (some more than others). "Option E" exists but that one is entirely in Sony's court; ease up on the PSOne Classic policies and permit developers to tweak master code. I believe this policy exists to prevent developers from making unnecessary tweaks or enhancements -- it's a barrier to preserve games in their original, maybe not-so-perfect state.

Ideally this policy shouldn't exempt developers from modifying master disc images to protect their product from litigation. Third parties should have the right to remove outdated and expired ads, logos, promotions, etc.

At this time there's very little we, the consumers, can do. My best advice is to buy the PSN version of Tron Bonne and show, with your dollar, continued interest in preserving Mega Man Legends in the digital market. If you absolutely have to play Legends, discs are readily available through eBay at a relatively affordable price. The same can't be said for Mega Man Legends 2 ($150 and up!). We'll be looking at Legends 2 later but I can say this: it has a much higher chance of landing on PSN than its predecessor.

In the meantime, stay tuned. Policies change, new ideas are brought to light, and people sign contracts all the time. Things change. Mega Man Legends may yet have its day.
Posted by Protodude at 4:58 PM